RESEARCH FINDS ENVIRONMENTAL CONCERN IS INCREASING IN THE COVID-19 ERA

90% of people in the UK say that since the COVID-19 outbreak, it is more important than ever to take care of our planet and the environment, a European-wide study by Every Can Counts has found.

Almost all (92%) of the 1,500 UK respondents say that it is an urgent task to tackle recycling while 93% said that considering recycling and its importance for the planet is an obligation of all citizens and consumers, not just world leaders.

73% of Brits stated that during the pandemic they have recycled more than ever, suggesting that the increase in time spent at home has made it easier for people to do their bit and recycle more. Only 43% however, said they often or always recycle when at work and even less when out and about at 41%.

A lack of ‘on-the-go’ recycling facilities could contribute to this self-reported drop in recycling levels outside of the home, with 94% of UK respondents saying they would like to see more recycling bins in public spaces.

Commenting on the figures, Rick Hindley, Director of Every Can Counts says, “The figures imply that given the time and correct resources, we’re all more than capable of recycling everything we can. It’s when we’re out and about or at work that it becomes more difficult. The findings from the survey also suggest that COVID-19 has prompted us to consider our own fragility as human beings and look at the way we treat the planet, our home.”

“The COVID-19 outbreak has of course brought about devastating effects. However, as we can see from these survey results, one positive is that people are beginning to sit and up and take notice of the vital environmental issues we are facing. Recycling – and especially recycling drink cans given that aluminium is infinitely recyclable – is something we can all do to help the planet. Over the past five years, the UK recycling rate for drink cans has increased by 16% to an impressive 76%. Our vision is to get that to 100%.”

Brits echoed this call to action with 91% saying they would like to do more when it comes to recycling and a massive 82% feeling that more needs to be done in general to encourage recycling.

From a UK regional perspective, Covid-19 appears to have raised the importance of environmental issues amongst the Scots and East of England most with 95% saying it is now more important than ever to take care of the planet. It seems the South East have been the least affected at 84%. And, when it comes to economy versus environment, the East Midlands are more preoccupied with the nation’s finances with 71% agreeing that in these uncertain economic times, the economy is currently more important that the environment. Yorkshire & Humberside and the South West came out more environmentally concerned however, with just 48% saying the economy is a priority over the environment.

Of the 14 European countries surveyed, Romania, Hungary, Poland and Italy came up top trumps when quantifying the importance of recycling with scores of 90% plus. The UK came in 10th place with 78%, and Netherlands registered last with just 52% saying they think recycling is very or extremely important.  However, when looking at how recent global challenges have impacted upon attitudes, the UK is ranked up top along with Romania, Italy, Ireland and Greece, where 90% or more of those surveyed said that after COVID-19 it is more important than ever to take care of our planet and recycle.

The survey polled a sample size of 13,793 people older than 16 balanced for age and gender in 14 countries where Every Can Counts has a local initiative (Belgium, Serbia, Austria, Hungary, Greece, Romania, Poland, Czech Republic, Ireland, Netherlands, United Kingdom, Spain, Italy, France) from August 5 to September 14, 2020.

Click here to view the full research report and examine the findings in detail. 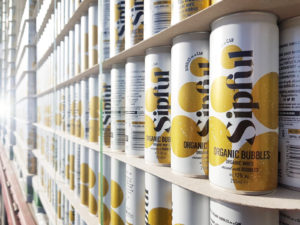 SIPFUL DRINKS AND EVERY CAN COUNTS ANNOUNCE PARTNERSHIP
Scroll to top

This site uses cookies. By continuing to browse the site, you are agreeing to our use of cookies.

We may request cookies to be set on your device. We use cookies to let us know when you visit our websites, how you interact with us, to enrich your user experience, and to customize your relationship with our website.

Click on the different category headings to find out more. You can also change some of your preferences. Note that blocking some types of cookies may impact your experience on our websites and the services we are able to offer.

These cookies are strictly necessary to provide you with services available through our website and to use some of its features.

Because these cookies are strictly necessary to deliver the website, refuseing them will have impact how our site functions. You always can block or delete cookies by changing your browser settings and force blocking all cookies on this website. But this will always prompt you to accept/refuse cookies when revisiting our site.

We fully respect if you want to refuse cookies but to avoid asking you again and again kindly allow us to store a cookie for that. You are free to opt out any time or opt in for other cookies to get a better experience. If you refuse cookies we will remove all set cookies in our domain.

We provide you with a list of stored cookies on your computer in our domain so you can check what we stored. Due to security reasons we are not able to show or modify cookies from other domains. You can check these in your browser security settings.

These cookies collect information that is used either in aggregate form to help us understand how our website is being used or how effective our marketing campaigns are, or to help us customize our website and application for you in order to enhance your experience.

If you do not want that we track your visist to our site you can disable tracking in your browser here:

We also use different external services like Google Webfonts, Google Maps, and external Video providers. Since these providers may collect personal data like your IP address we allow you to block them here. Please be aware that this might heavily reduce the functionality and appearance of our site. Changes will take effect once you reload the page.